After a busy IHG season, players and supporters alike gathered in the dining hall to celebrate the conclusion of yet another remarkable season.

As the IHG closing supper started, Jia Ying (Sports Director) took to the stage to make a rousing speech. She praised the efforts of captains, players and supporters, commending their spirit and hard work. She also encouraged every hall member to try out different sports, declaring that KE’s sports team accepted anybody. While she highlighted the many areas of improvement in KE’s sports scene, a slideshow played on the screen behind her. The slide show depicted pictures of the many matches bravely fought, with supporters cheering in the background. Many in the dining hall were joyously pointing out the different teams, while laughing at the players’ faces screwed up in concentration.

Before the food was distributed, Jia Ying called all sports captains onto the stage to receive a surprise from their teams. Each captain was presented with a board, designed by their team, with messages and photos. Pleased, the captains received the board from the KE mascot to rousing cheers from the crowd.

Food was then doled out to the waiting players and supporters. Curry puffs, banana balls and green cakes were only part of the wide range of food catered. Players from different sports mingled with each other, recounting experiences and sharing the hopes for the new season.

As the night came to an end, players and supporters strolled out of the hall with satisfaction of a season well played, and with plans and dreams for the next year. 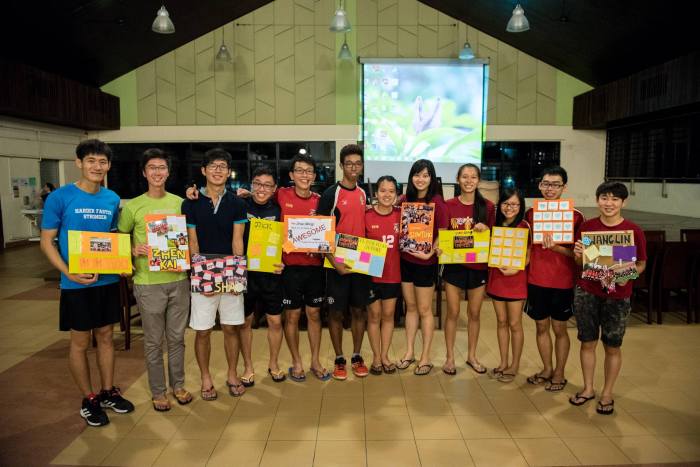