Ah, KEVIIAN’S DAY! A day to celebrate what staying in hall is all about.  A time to award deserving Keviians for their contributions in hall. A way to say that our academic year is coming to an end and we should look back and remember the fun moments of the year.

The evening began with Master Ho’s speech. Simple and short as usual, asking us to remember the times we were in hall and how we’ve contributed to a good year. As this is Master’s last year in hall, this is his last Keviian’s day, and to commemorate him, he was asked to paste a photo of himself in the middle of a photo collage heart of KE.

You will be remembered Prof Ho!

Our JCRC President’s speech consisted of him congratulating the Merit Award winners and referencing open day. Our wonderful emcees even asked him to lead the hall in singing the KE song. 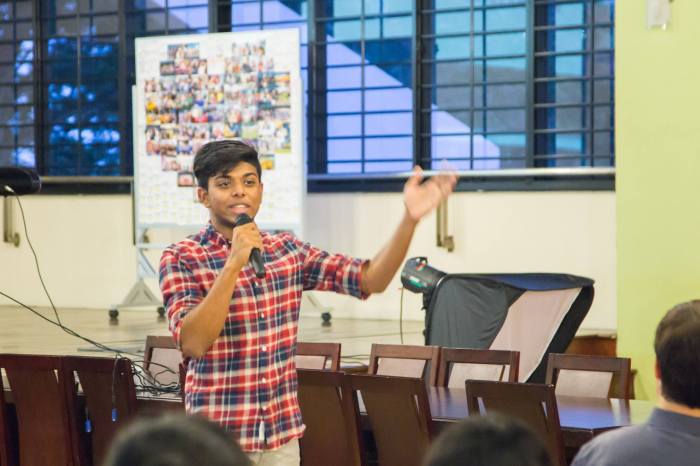 Band was up next while everyone went to take their food. On lead vocals: Ethanyn, Gloria on keyboards, De Sheng on guitar and Sze Wei on drums. They performed three songs – All Star by Smash Mouth, Eye of the Tiger by Survivor (also part of the soundtrack from Rocky) and Edge of Glory by the one and only, Lady Gaga. 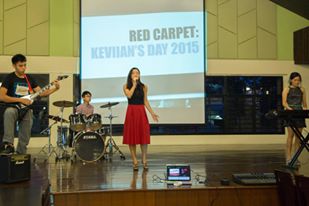 Band rocking it out!

The food, according to Johnny, was themed as international. Served was Prawns, Teriyaki Chicken, Pasta and for dessert: Jelly and Fruits. Truly an international feast.

Dinner had to have entertainment of course and it came in the form of a game. Hidden under chairs were stickers with the words ‘congrats’ and lucky winners had to go on stage to play. The game that followed was generally easy to understand but difficult for those without a sharp enough ear. Players had to stuff 7 marshmallows in their mouth and attempt to guess a phrase that was given to them. Audience members would then have to run up to guess the phrase. The first one up was Vincent from GH and after a few attempts, we realised his was the most obvious phrase: King Edward Seven. 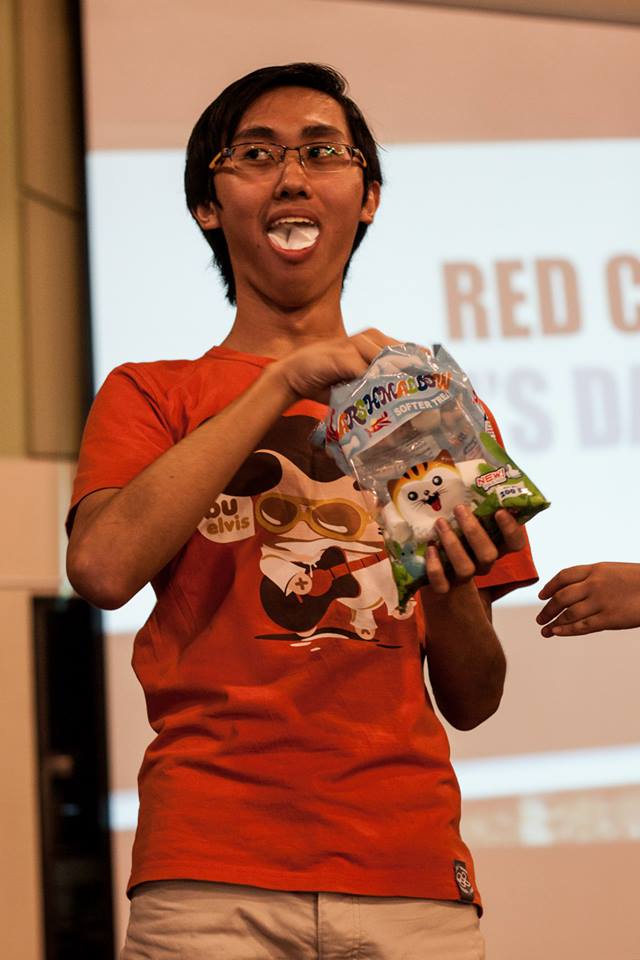 Close up, the marshmallows look like really big teeth! 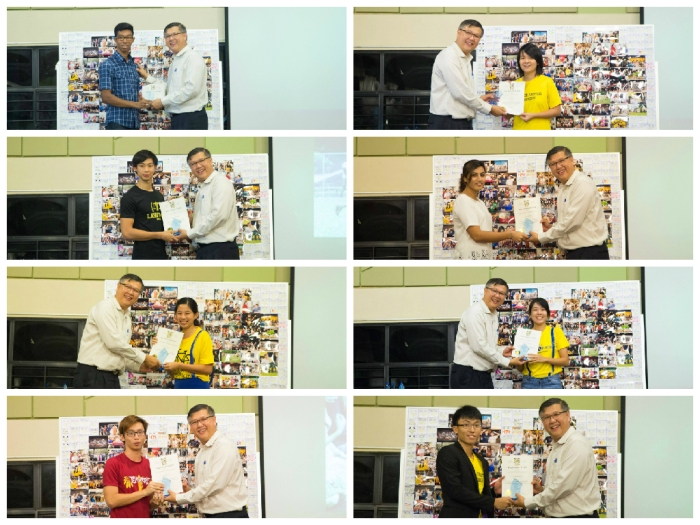 Congratulations to all the winners!

And last but not least the awards for Outstanding KEVIIAN! Two share this title this year. They are none other than Koh Zhao Ming who received a standing ovation, and Chen Yunjin.

One of the Outstanding Keviians, Zhao Ming

KE Titans ended off the night in a magnificent display of cheerleading, proving that they are on par even with the NUS varsity team. They have certainly made KE proud. 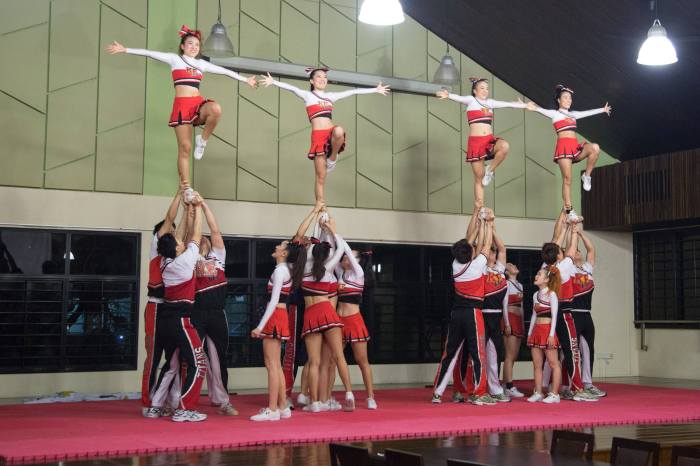